On Sunday, August 27, Taylor Swift dropped the video for “Look What You Made Me Do,” the first single off her forthcoming album "Reputation." The video had built significant buzz leading up to its release at the MTV VMAs, fueled by a record-breaking lyric video for the song (the most viewed lyric video in 24 hours), released on August 24, and a preview clip posted by Taylor herself. The result: it had the biggest debut of any video in YouTube history, earning 43.2 million views in 24 hours. 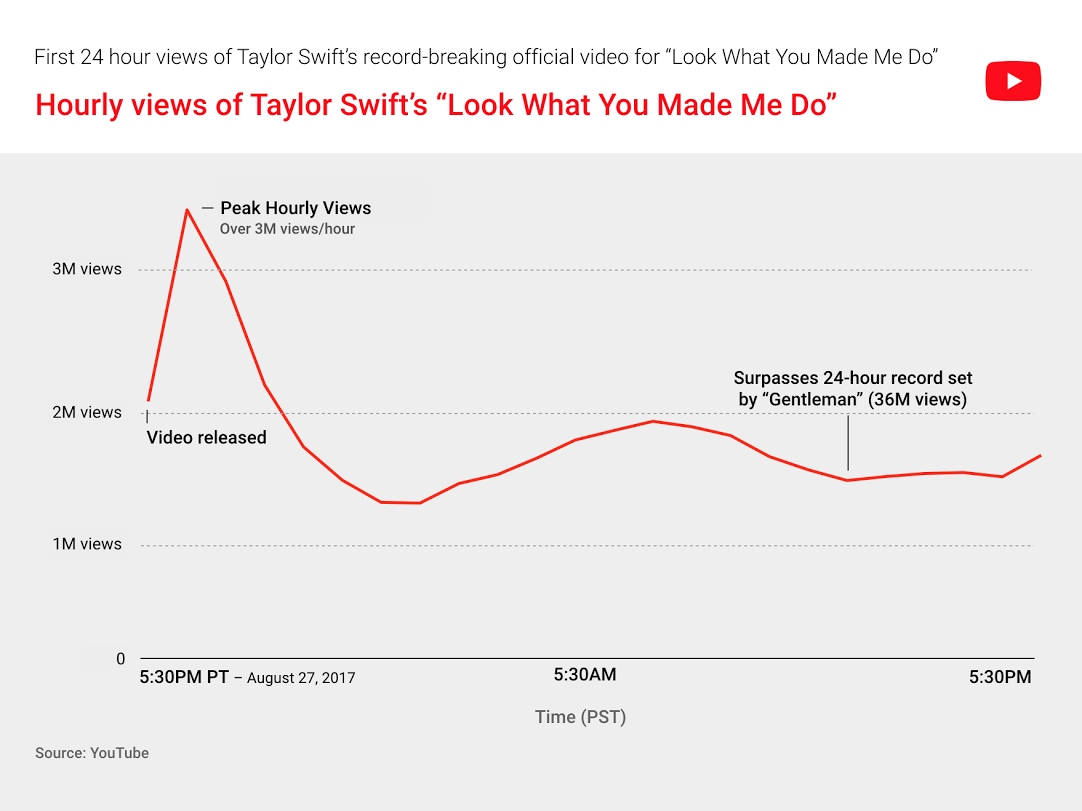 After the video’s release, views surged to over 3 million per hour. It would surpass the previous 24-hour record holder, PSY’s “Gentleman,” with five hours to spare. In 2013, “Gentleman” gained approximately 36 million views in its first 24 hours. It was such an impressive milestone that the record stood for over four years.

2017 has been a breakthrough year for record-breaking (and making) on YouTube: this month, “Despacito” by Luis Fonsi ft. Daddy Yankee became the first video to achieve 3 billion views.