Lyor's Letter: The power of videos in music with Karena Evans

I can’t remember how many times I’ve heard that music videos were on their way out. I think they have never been more important. Just remember the way the whole world stopped when Childish Gambino put out "This is America".Or how Elton John invited the Iranian filmmaker and refugee Majid Adin to craft a video for "Rocket Man", a song from 40 years ago. It blew my mind and I think it gives everyone perspective. Moments like that are why I’m here at YouTube.

I would like to introduce you to Karena Evans, a talented young director who really is doing something special with storytelling - something we need in this business. She’s done some incredible work with SZA and Drake this year. Have a look at "Garden" and "In My Feelings". I wanted to have her into the YouTube office to see how she makes it all happen. Artists and their teams often ask us how to succeed on YouTube - here you go. 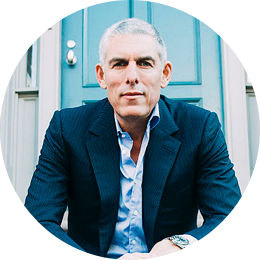 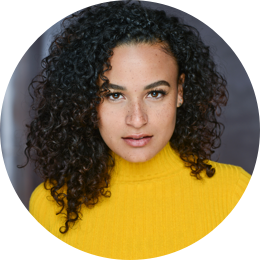 Lyor: I remember a conversation I had with Chuck D. from Public Enemy. These were his words: “The business used to be a sheet music business. Then recording came along and it became an audio business. Slowly, with Film and TV, the industry became more visual. With MTV in the 90s I'd say that the industry was primarily about visuals. Now, with platforms such as YouTube, sight, sound and story telling really come together - I think it's very powerful". That’s also how I feel.

Karena: It definitely feels like an audiovisual era — In my work, audio and video really live together. I have to adapt to every single artist, but generally speaking, my process is very much like I'll get the song as early as I can and I'll just play it again, and again, and again. I like to flip through magazines, or watch videos, or follow certain things on Instagram. I just look through things that inspire me and let my imagination go. Some people write down 20 ideas, but with me, my gut impulse is normally the right one. And then I'll build.

Lyor: When MTV hit, it became all about budget. More beautiful women, more blown up expensive cars. Directors wanting to blow up a Rolls Royce, not a Volkswagen, just to prove they had the cash. Which meant that they were void of ideas. It was just about money masking the fact that they had no ideas. That they didn't actually understand how valuable storytelling was. To me, money in many ways is a sedative. It makes you sleepy.

When the music business went into free fall budgets got cut. And then people realized they couldn’t just blow up a Rolls, and that they better come up with a good idea, instead of just production value. So I think we saw a new wave of creativity and powerful storytelling. Now, because YouTube has finally shown us how to monetize videos, I'm hoping maybe we could have both. Why can't we have lovely moments that touch nerves, that are taboo, raw, exciting, while also providing good production value? I'm hopeful for this period

On Making an Impact with Music Videos

Karena: With Drake, because he knows who he is and he knows his brand, it normally starts with him specifically, an idea, and from there, it's like an explosive creative collaboration. With "Nice for What", he said, "Look, I want this to be a women empowerment moment.” And I was like, "Hey, I'm a woman. I know what that means!"

Karena: We really wanted it to be a celebration of women. And the visuals got a lot bolder than we originally thought. I somehow wanted people to be scared of how powerful women can be.

I think that for a long time, women haven't been always represented nor given...a voice. And I think that I am, for whatever reason, being given a voice right now, and given a platform to say something. I’m working in service of the artist, I need to create a visual for them, but at the same time, it's important to me to say something with it. It's my responsibility to...

Karena: Run right through it! And represent women. I'm tired of seeing the same thing on screen. I want to see powerful, badass women on screen, whatever that means. There's something interesting about a woman's perspective because we haven't heard much of it until now.

Lyor: We used to get told what's hot through MTV, through Rolling Stone, The Source, radio - very tight curation. That's how an audience was informed what would be hot and next. Then, the internet happens, and it breaks the levee. Now there's a billion bands swimming around our ankles. It's fabulous on one hand, but very hard to decipher. We need curation.

Video is a big part of the vetting process. If you took the entire world of songs, there would be trillions of songs around. If you take the entire universe of videos, it’s much tighter. I think in the internet world, where there's a lot of choices, and we're desperately trying to surface those artists and songs that are impactful and meaningful, video is a natural curation tool, a natural amplifier.

Karena: I sometimes get asked, "How do you make a viral video?" Or, "How do you get X amount of views on a video?" And it makes me uncomfortable because it's not as if I sit here and set out saying, "Okay let's inject what will make it viral or what will make it heartfelt." It's really about capturing a story and a culture authentically. You need to immerse yourself, be part of the conversation. You need to constantly absorb and experience what people are talking about, sharing, reacting to. To me, that’s the only way to set up a space where that not only happens, but that it’s an organic thing that translates through the screen.

Lyor: That's combustion. You try to get that in that room. You try to set it up, but it has to happen on set. It's got to happen at that moment.

On Breaking the Barriers to Entry

Karena: I dropped out of film school. But even now, it feels like I’m at school every day on YouTube, just watching videos. Reading. Listening to podcasts. Every single day. I don't think you need to be in school to constantly be learning. I was interning for Director X and I was learning at a far quicker pace than when I was in school. So I took the leap, dropped out of school and said, "Look I'm just going to jump right into it. Throw myself into it."

Lyor: I love that. You used to only get a director through a cinematography school. I think there's a lot of running and gunning and learning that has to happen just on the job. Which I think allows for many more creative people that may not have access to that type of education to actually get behind the camera and start storytelling. I think mentorship is on the rise right now.

Karena: I'm telling stories about people and whether that's in Hawaii, or in Miami, or in New Orleans, I am personally interested in different cultures that are not just of my own. I hope that I'm telling it in a way that you can be across the world and you can connect to that, and learn something about that, and feel that, and understand that culture. There’s beauty in having a platform that lets you connect and touch so many different people around the world.

Lyor: Almost two billion people! One of the problems with the streaming world is the echo chamber. The algorithm is learning what you want. But part of life is the unintended surprise of being turned onto something. Right now there's a lot of local languages, local cultures that are being hit by the algorithm wave of vanilla, and it's really dampening creativity. But video cuts through.

A lot of incubation happens on YouTube. Whether it's Grime, and more recently Afropop, we feel a responsibility to see little sparks and help them grow. At the beginning of a fire, it’s very delicate, and could go out very easily. And so what we try to do is nurture that fire.

Karena: "Holy Soul" from Salt Cathedral. When you watch this video, you feel for this character in an unexplainable, visceral way that only visual storytelling can make you feel. It leaves you questioning, and asking, and wondering and feeling again. That’s the best kind of storytelling to me. And you?

Lyor: The Blaze. Territory. It’s a video about family. About reunion. It’s something that everyone can relate to. I have no idea why I love this video as much as I do, why I can’t stop playing it and have that urge to share - but that’s part of the joy and the beauty of it.

With Love and Respect,
Karena and Lyor.